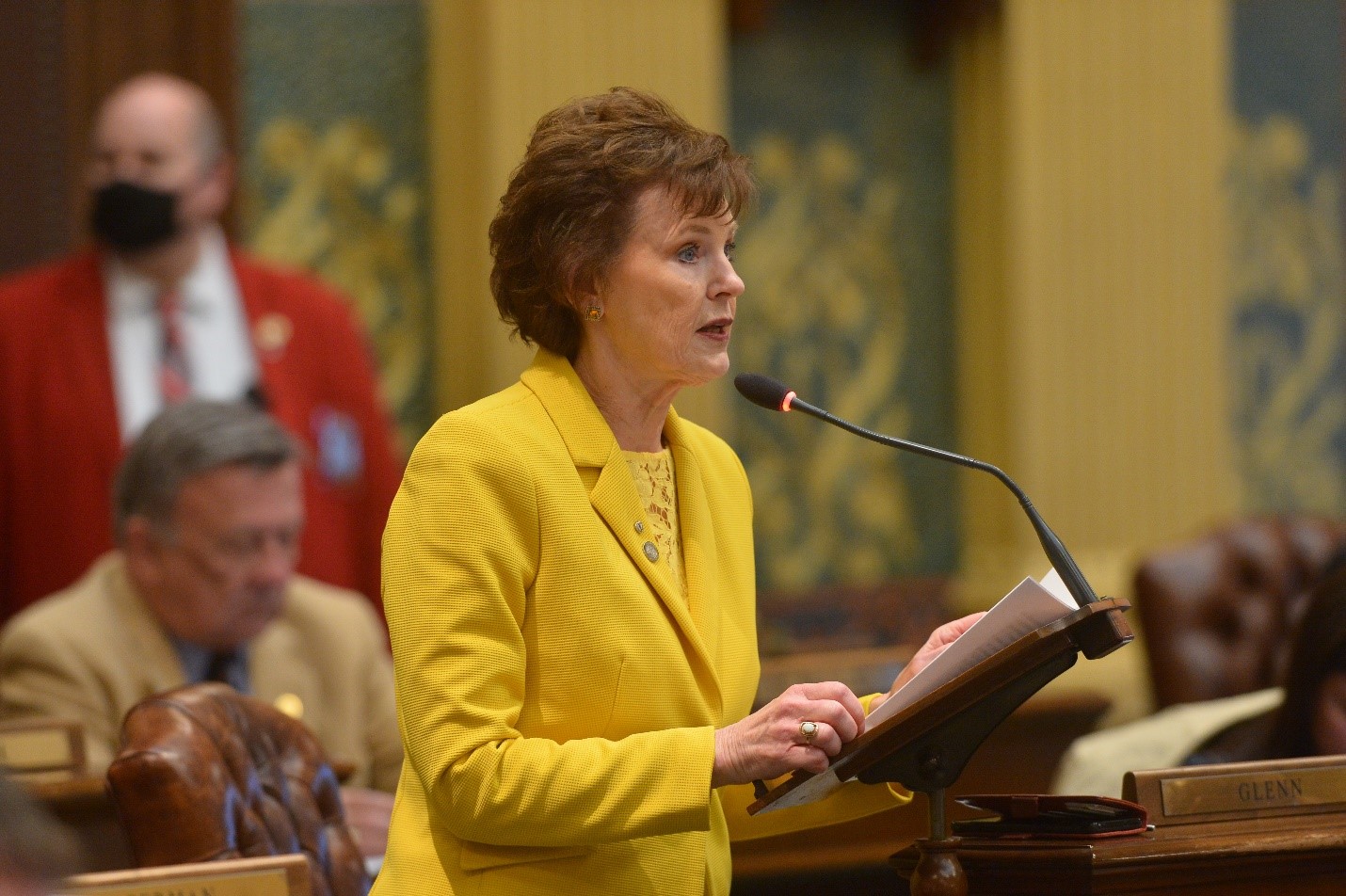 State Rep. Daire Rendon, of Lake City, speaks before the Michigan House on Wednesday, March 25 on her plan to make oral chemotherapy more affordable for those who need it. House Bill 4354, which was advanced in a vote by the House, is part of a wide-ranging, bipartisan plan committed to improving quality of health care, increasing access and lowering costs.

“This is about fair competition,” said Rendon, of Lake City. “Title IX afforded people the right to an equal opportunity to compete in athletics on a level playing field. By not competing on the basis of biological sex and instead competing on the basis of gender identity, we are straying from the concept of a level playing field. I worry about the consequences for athletes in the future who are competing for championships and scholarships and are trying to do so fairly.”

The bill does not prohibit schools from having teams consisting of both males and females in sports that have no specific designation, such as football or wrestling.

HB 5082 has been referred to the House Education Committee for consideration.