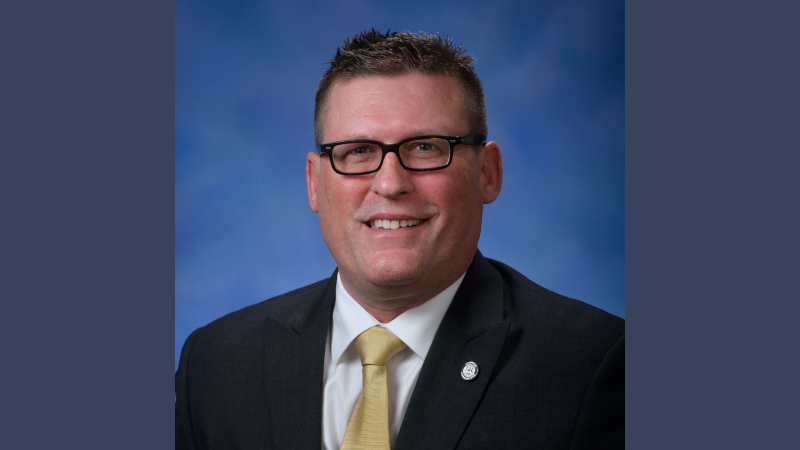 State Rep. Roger Hauck, of Union Township, today voted in favor of funding to help Michigan distribute COVID-19 vaccine and boost testing while helping those whose livelihoods have been disrupted by the virus and burdensome economic shutdowns.

Hauck’s vote helped approve a $465 million overall plan that also temporarily extends unemployment benefits while supporting the restaurant industry, small businesses and the families who depend on them.

“Local and family-owned businesses throughout Michigan are hurting through no fault of their own,” Hauck said. “They’ve had to lay off staff. Their livelihoods have been severely hampered. Some small businesses have closed. Some aren’t sure how much longer they can hang on. It’s heartbreaking. We needed to have their backs and offer support so they can stay afloat through this unprecedented time in our state’s history.

“As vaccines become more widely distributed, we also needed to have a mechanism in place to facilitate that. This is a well-rounded plan to ensure that our state emerge from COVID-19 with a healthy population and a healthy economy.”

The measure includes $220 million to temporarily extend unemployment benefits for those who have been forced out of work by the governor’s most recent shutdown orders. It also extends benefits by six weeks through March, meaning laid-off workers are temporarily eligible for up to 26 weeks of benefits. Employers are held harmless for the change. In addition, $45 million would be set aside for an employee assistance fund providing grants of up to $1,650 to replace lost wages for those employed by a business impacted by the current orders.

Grant programs for small businesses whose operations have been shut down or restricted by the governor’s latest orders would also be bolstered. The small business survival program – supported by $55 million in the approved proposal alone – will work to provide a lifeline for many job providers and families on the brink of economic collapse.

As COVID-19 vaccines begin to be distributed, the plan allocates more than $50 million to assist in those efforts statewide. It also continues to address testing needs – with $22.5 million going toward general testing and focus areas such as nursing homes. Another $42 million will support temporary staffing needs and wage increases for direct care workers who are the front lines of the COVID-19 fight.

This measure builds on the Legislature’s commitment to fight COVID-19 and its repercussions – which includes approving more than $3 billion earlier this year from state budgets, plus allocation of federal unemployment funding to surpass $6 billion overall.

Senate Bill 748 now advances to Gov. Whitmer for her consideration.

State Rep. Roger Hauck today said a move by Michigan’s Unemployment Insurance Agency asking for hundreds of thousands of federal pandemic unemployment assistance (PUA) claimants to re-file information to make sure they’re eligible is grossly unfair – and once again shines a spotlight on the agency’s struggles during COVID-19. The qualifications for PUA benefits – […]

State Rep. Roger Hauck, of Union Township, on Wednesday voted to approve a budget plan for the upcoming fiscal year that makes critical investments for people across Isabella and Midland counties.

A year after dam failures and flooding devastated Midland and Gladwin counties, state lawmakers are detailing a sweeping plan to improve dam safety across Michigan.