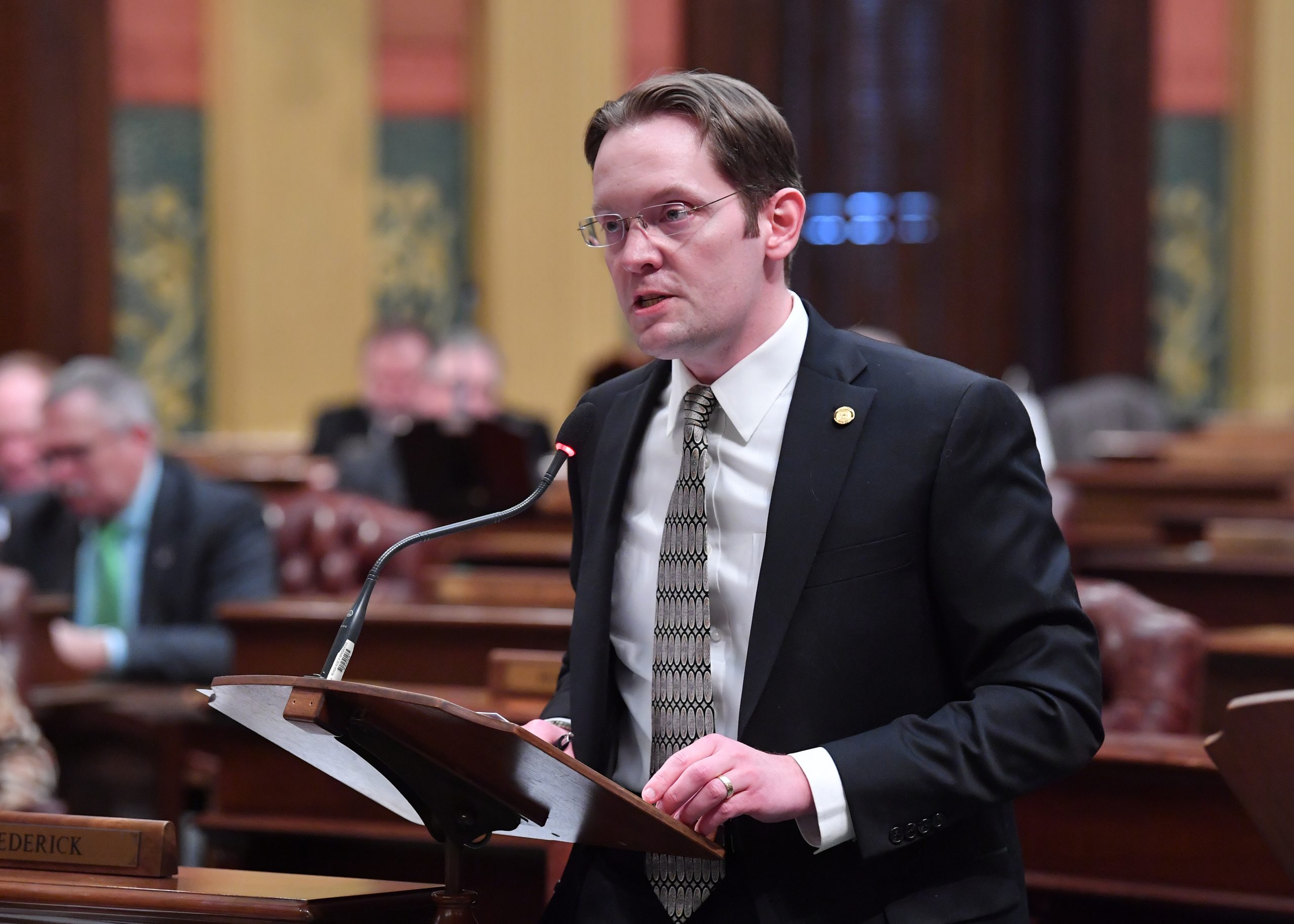 State Rep. Ben Frederick on Wednesday voted to provide permanent and stable funding for a program that provides police protection to many throughout mid-Michigan.

The state’s secondary road patrol program provides funding for sheriffs’ departments, including those in Shiawassee and Saginaw counties, to patrol roads outside of cities and villages. The program has historically been funded by a $10 assessment added to traffic tickets. This funding has declined over the last 20 years, putting the rural road patrols in jeopardy.

“We’re fixing a problem that has year-after-year created uncertainty for our local sheriffs’ departments and the communities they serve,” said Frederick, of Owosso. “No longer will road patrol deputies have to worry about there will be enough funding to keep them on the road to protect the public.”

House Bills 5772, 5773, 5732 and 5569 will stabilize the funding by dedicating $15 million of the liquor excise taxes collected by the state each year to the program. The bills do not increase the tax on consumers in any way. The plan would also remove the additional $10 assessment residents pay on traffic tickets.

“With 1,096 miles of rural roads in Shiawassee County and an increasing number of fatal and personal injury accidents, it is essential to have a traffic enforcement deputy dedicated to saving lives and protecting property,” BeGole said. “This new funding will also take the guess work out of preparing an annual budget for the secondary road patrol position and exempt us from the maintenance of effort requirements.”

The plan now advances to the Senate for further consideration.

Public service should and still can be an honorable pursuit, yet it falls to each new generation to ensure. Thank you for the opportunity granted me to pursue this work in the hopes of leaving things a little better.

An effort led by state Rep. Ben Frederick to offer additional learning resources for Michigan children who are deaf or hard of hearing will soon advance to the governor for consideration after it received overwhelming bipartisan support in both the House and Senate.