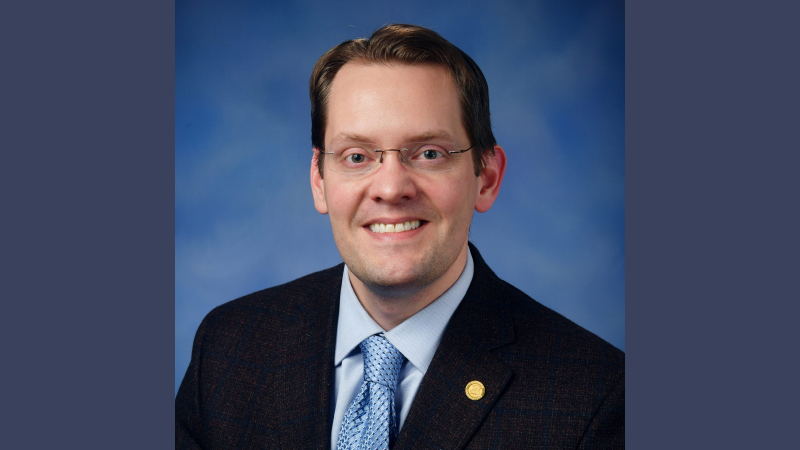 Frederick, of Owosso, said the plan would make sure young people are made aware of career paths that involve skilled trades and public service, in addition to those that require four-year degrees and graduate school.

“It’s important for young people to see that a four-year university education is not the only path to success,” Frederick said. “As they near graduation and think about their next steps in life, I want them to have the information they need to make an informed decision.”

Under House Bill 4953, Michigan high-school students would receive information compiled by the Michigan Department of Education describing options for post-secondary education, vocational training, and public service avenues that students can consider as a career when looking to the future. It would include information about college graduation rates, average education costs, the most in-demand occupations, and average salaries for occupations across Michigan the preceding year.

“Before someone devotes their time and money to earn a degree, they deserve to know whether there’s a demand in that field,” Frederick said. “The same goes for kids interested in the skilled trades. They might know they want to work with their hands but need more information to determine what direction they want to take.”

Frederick also voted today for a plan to help military veterans obtain civilian jobs. House Bills 5433-5435 ensure that the costs of occupational tests and registration fees required by the state are covered by the GI Bill. The Department of Health and Human Services and Licensing and Regulatory Affairs would be required to work with the Department of Military and Veterans Affairs to fulfill the legislation’s requirements. Military members could be reimbursed up to $2,000 per test, but could not receive more than the actual cost of the test.

House Bill 4953 and House Bills 5433-5435 now advance to the Senate for further consideration.

Public service should and still can be an honorable pursuit, yet it falls to each new generation to ensure. Thank you for the opportunity granted me to pursue this work in the hopes of leaving things a little better.

An effort led by state Rep. Ben Frederick to offer additional learning resources for Michigan children who are deaf or hard of hearing will soon advance to the governor for consideration after it received overwhelming bipartisan support in both the House and Senate.