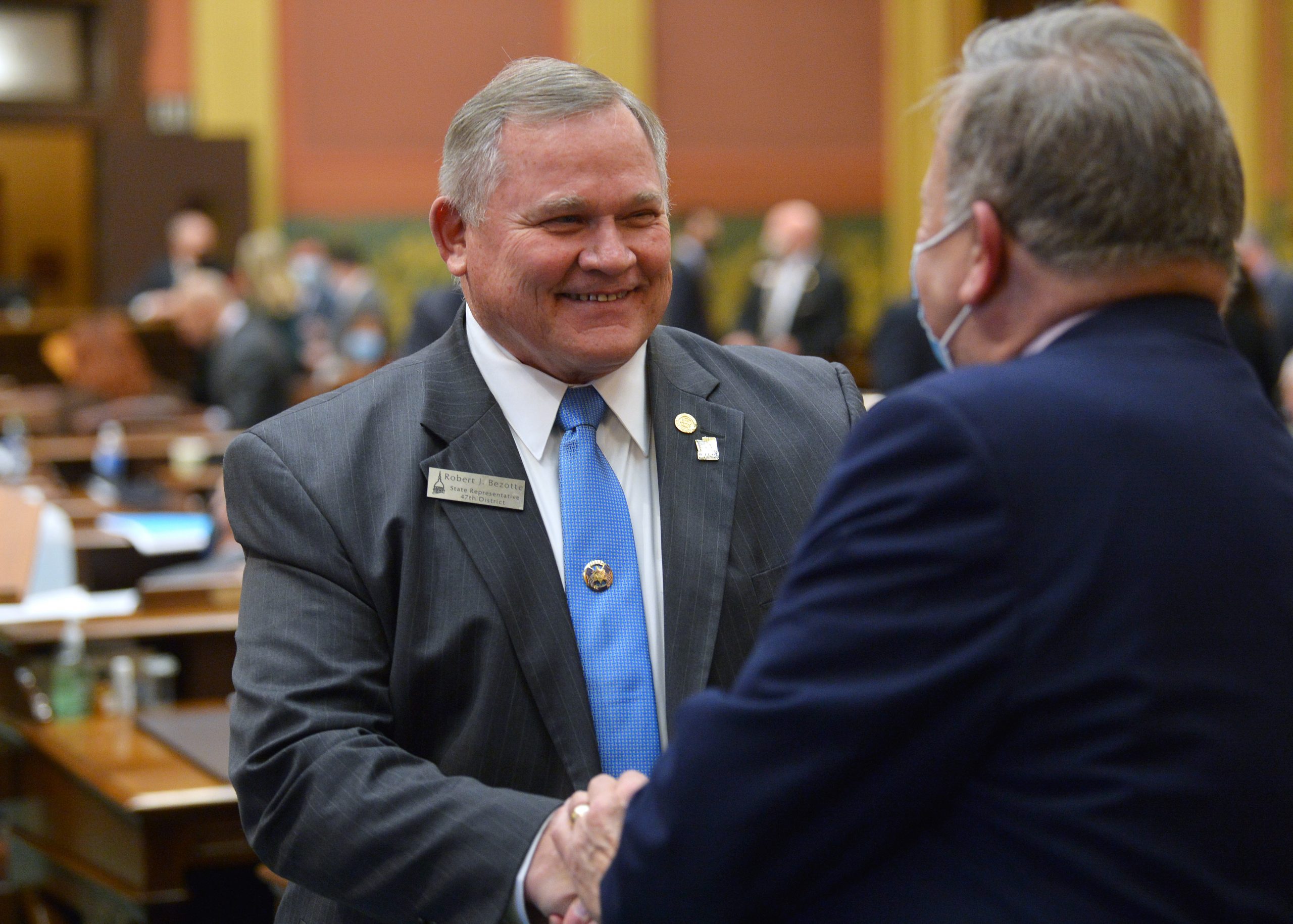 Blue Star Mothers are mothers, stepmothers, grandmothers, foster mothers or legal guardians with children serving, or having served, in the military, guard or reserves.

Blue Star Mothers of America, Inc. was founded in Flint, Michigan in 1942. Since that time, these mothers have worked tirelessly on behalf of veterans and their families in perpetuating the memory of men and women who have served our country as members of the armed forces. In addition, they welcome home returning veterans, visit wounded veterans in hospitals and rehab centers, and attend numerous ceremonies, rallies and meetings.

“These valiant women put in the vigorous work to help our troops and our veterans,” said Bezotte, of Marion Township. “It’s time we provide them the recognition they deserve.”

House Bill 5741 has been referred to the House Committee on Government Operations for further consideration.